Turkey currently represents the largest refugee-hosting country in the world. However, human rights organizations have raised serious questions on whether its asylum policies abide by international agreements. What does the Turkish asylum system look like? And how are refugees treated? Human rights expert Dr. Cavidan Soykan answers these questions in an interview with MEDIENDIENST INTEGRATION.

MEDIENDIENST: In March 2016, the European Union and Turkey agreed on a Joint Action Plan on refugees. Human rights organizations have criticized Turkey for its treatment of refugees. Does the country have a stable asylum system?

Dr. Cavidan Soykan: In my opinion it does not. Turkey is one of the few countries in the world that still upholds a geographical limitation on the 1951 Refugee Convention: Only Europeans can apply for refugee status in Turkey. However, nearly all of the more than 3 million refugeesAmnesty International (2016): "Turkey: No safe refuge", page 8 who reside in Turkey today are from non-European countries. About 2.75 million are from Syria, approximately 400.000 come from other countries, mainly from Iraq, Afghanistan, Iran and Somalia. Due to the geographical limitation, none of these people are recognized as refugees. The protection provided by the Turkish asylum system is therefore more than doubtful.

What happens to refugees who come from non-European countries?

In the past, international protection in Turkey was regulated through a by-law. Until 2006, there was no legal text on how to process asylum applications. To change this, Turkey adopted the „Law on Foreigners and International Protection“ in 2013. The law introduced two formsfor further information, please see Amnesty International (2016): "Turkey: No safe refuge", page 14 of protection that can also apply to non-European refugees: subsidiary protection and conditional refugee status. Both statuses only guarantee temporary protection. People guaranteed a "conditional refugee status", for example, have to be resettled to a third country by the United Nation's refugee agency UNHCR. Nevertheless, both statuses are somehow comparable to asylum regulations in European countries. Syrian refugees, however, are excluded from these statuses: They have no right to seek asylum, but are only granted temporary protection status, a status that is not regulated by a law and can therefore be called off anytime by the Turkish government. Nevertheless, Syrians often have better access to social aid and rights than other refugee groups.

There are many humanitarian NGOs who work specifically for Syrians. For example, several international organizations opened so-called „community centers“, which offer language courses or trainings for educational purposes. These centers are open to all refugees, but they were originally built for Syrians and are mostly working in Arabic. Furthermore, the Turkish government recently introduced a regulation, which allows Syrians to apply for work permits.

What about non-Syrian refugees? Did the 2013 law improve their situation?

No, unfortunately not. The law was supposed to guarantee them procedural rights like the right to legal aid during an application process. In practice, however, these new aspects of the law are not implemented. We have no information regarding how many applicants received subsidiary protection or a conditional refugee status. This is mainly due to the fact that officials who are responsible for the application processes are poorly trained. They do not know how to interpret the new law correctly. They did start accepting applications, but so far none of them have been processed. The second problem is what I call “failing in transit”: Many refugees know that they can only receive temporary protection in Turkey. Therefore, they usually decide not to seek asylum, but to travel irregularly. If they get caught by the police, they are sent to “removal centers”. In these centers, they cannot apply for asylum because the police officers working there usually refuse to take their applications. So all in all, the situation of refugees in Turkey has not improved at all.

Dr. CAVIDAN SOYKAN is a lecturer in human rights at the Faculty of Political Science of Ankara University. For her doctoral studies, she conducted a fieldwork on asylum seekers living in transit in Turkey. She is the vice-president of the "Association for Solidarity with Refugees" (Mülteci-Der).

What are the main problems for refugees in Turkey?

The biggest problem is that refugees do not receive any support from the state. There are some human rights NGOs trying to provide legal aid or information about the Turkish system. But other than that, there is no social support provided by the system itself. Altogether, only approximately 265.000 refugeesAmnesty International (2016): "Turkey: No safe refuge", page 24 live in government-run camps where they are provided with shelter, food, schooling and other basic needs. The big majority of refugees is basically left alone on the streets. According to the new law, the state is supposed to build reception centers, which provide asylum seekers with accommodation during their application process. Until today, none of these reception centers have opened. Even worse: We know that some of them have been turned into removal centers.

How did the EU-Turkey deal influence or change the situation of refugees in Turkey?

I cannot exactly say that the situation of refugees got worse after the deal. Right after the deal was signed, the “Directorate General of Migration Management” – Turkey’s state agency for migration and asylum – initiated a regulation to implement the 2013 law. In this sense, there have been good developments, but it remains to be seen how they are put into practice.

What happens to refugees who have been sent back from Greece?

They are directly taken to the removal centers. NGOs and lawyers are not allowed to enter these centers, so we do not know what happens to them. We are afraid that some of them have been sent back to their home countries. We know that Turkey plans to make more readmission agreements with refugees’ countries of origin, so we fear that people will be returned to Turkey and then sent back to their home countries without being able to seek protection in Turkey or apply for asylum.

According to media reports, border guards have shot at refugees at the Syrian border. Is there any evidence for that?

According to the information shared by “Human Rights Watch”, Turkish border guards used violence against Syrians, killing five people and seriously injuring 14 others in March and April 2016. The Turkish government still claims that it has an “open door policy” for Syrians, but according to people in the region, the border was completely closed in May 2015. If Syrians want to cross the border, they either have to pay human smugglers or bribe border guards. Also Syrians arriving from third countries have little chance to enter Turkey: In January 2016, the government introduced a visa requirement for them.

What does the Turkish society think about refugees and the current situation?

Last summer, a colleague and I conducted fieldwork in Gaziantep, a city right on the Syrian border. Before the war, Syrians used to come here quite often to travel and to go shopping. When the war began and the first Syrians came to seek refuge in Turkey, the population was quite welcoming – partly because they thought that the war would end and Syrians would return home. Now that the situation in Syria is getting worse, it seems that tolerance is dwindling. Turks within the region have started to realize that they will have to live together with Syrians and we can observe an increasing atmosphere of tension. This was triggered by an incident in 2014 when a Syrian killed his landlord. The incident turned into a huge lynching campaign against Syrians in Gaziantep: They were forced to leave their houses and neighborhoods. Storeowners had to change their shops' names into something not related to Syria.

Have there been assaults or violent attacks against refugees?

Unfortunately, we know very little about this because there is no independent media reporting. We feel that local media tend to depict refugees in a negative way. In the case of the Syrian who killed his landlord, for example, newspapers did not get into the details of his story, but only represented him as the “attacker”.

The EU-Turkey deal was supposed to prevent refugees from heading to Western Europe. Do you think the deal has changed the image refugees have of Europe?

It seems to me that the deal has created an atmosphere of fear: Refugees are scared to cross the borders because they think they will be sent back. In the long-term, however, I think, everything will go back to “normal”. The asylum system in Turkey is not working properly, so people who are not happy here will continue their journey to Western Europe. 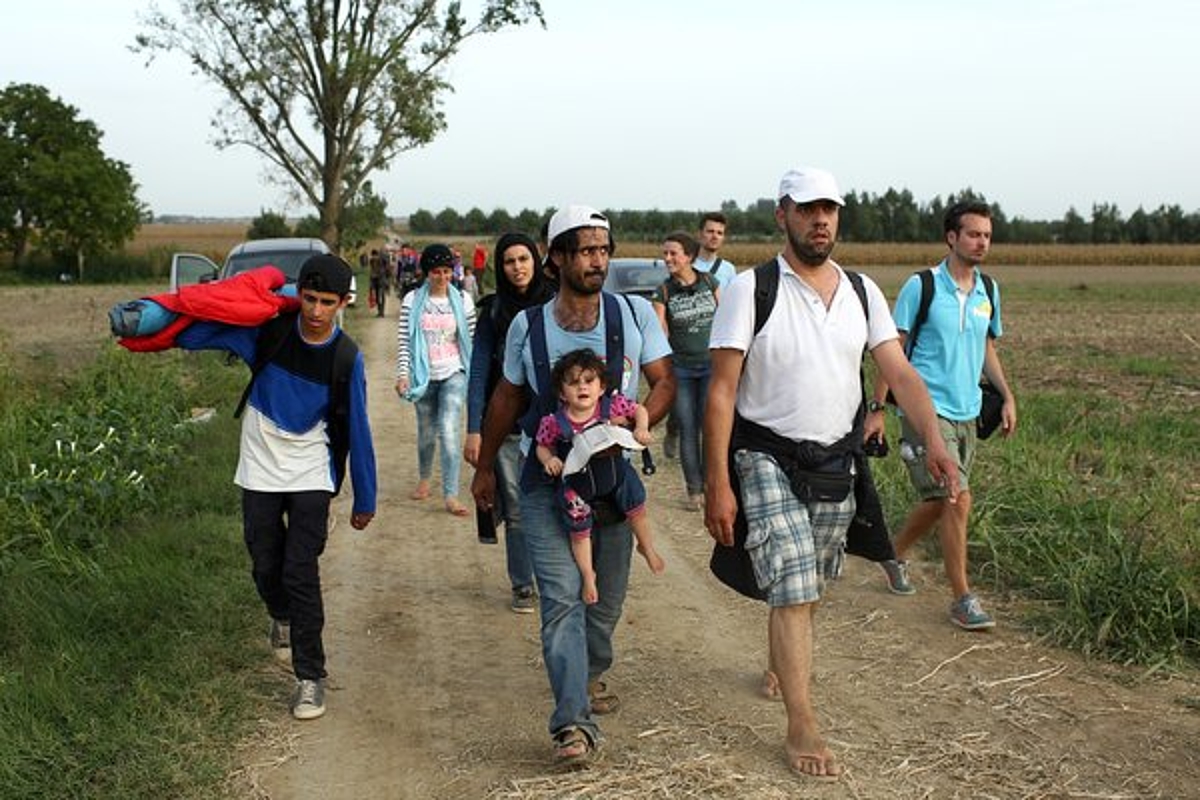 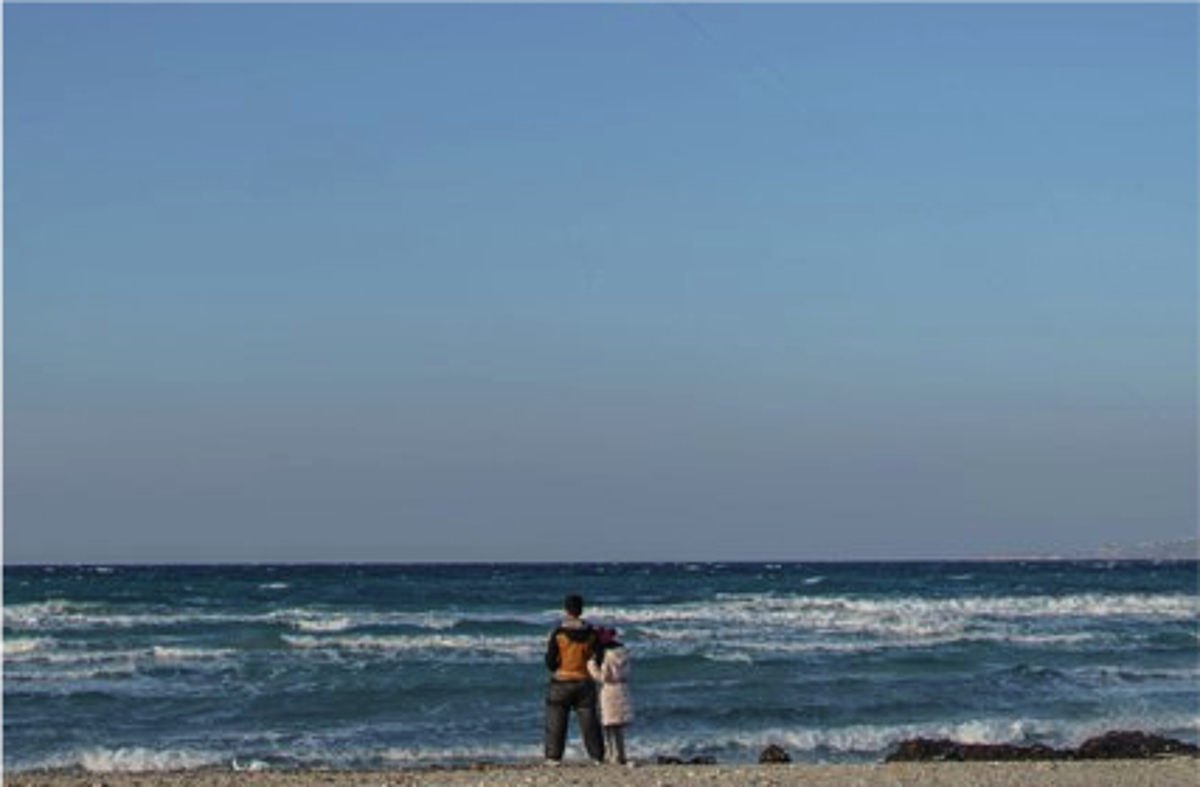